Ecommerce promotions and loyalty in the composable crypto and web3 world 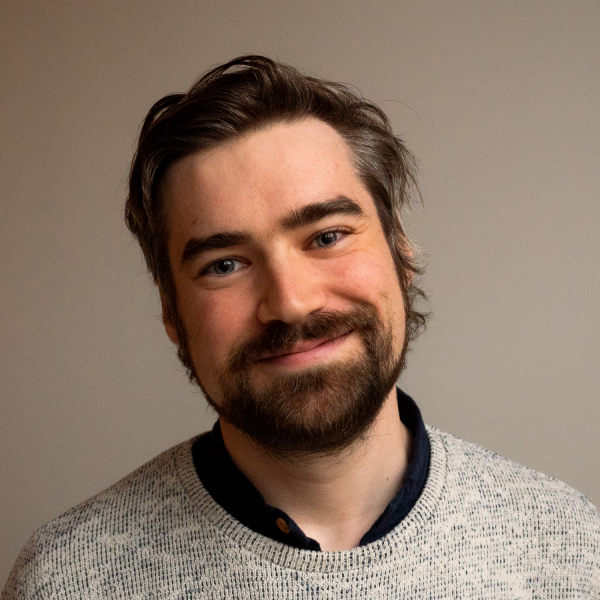 If you’ve been on social media recently it’s hard to ignore the constant arguments about crypto, blockchain and the latest buzzword — web3. But what do these terms mean? And how are they relevant for ecommerce?

In this article we will give a quick summary of the key concepts — and break down how crypto offers opportunities for innovation in ecommerce (as well as outlining some areas where it doesn’t).

What is the blockchain?

Before we get to what a cryptocurrency is, it’s important to think of the technology that enables it. That technology is the blockchain. A blockchain is a decentralized, encrypted ledger. It is a public repository of information, engineered to be irreversible and incorruptible. Put more simply (or as simply as such a thing can be) blockchain is distributed public database that records all the transactions performed by people participating on that network.

When people initiate transactions, a series of cryptographic processes create a record of the transfer. The ‘transfer’ in this instance could be a bitcoin, a piece of data, some physical property or any asset. What matters in this scenario is not the thing that is being transferred, but more the technology that underpins how the transaction is secured and recorded.

Transaction records that cannot be validated by all the blockchain network nodes are considered invalid and get discarded.

In this way, the blockchain contains a record of every transaction that has occurred, each of these transactions cryptographically signed and ‘witnessed’ by the peer-to-peer network that makes up the blockchain network.

What is a cryptocurrency?

The first cryptocurrency was Bitcoin, dating back to 2009. Before Bitcoin (and its corresponding blockchain) was launched, the conventional wisdom was that a decentralised digital currency was tricky to implement, because any digital currency would run into difficulties due to the relative ease with which it could be copied or illicitly replicated. This challenge is known as the "double-spend" problem, where each payment involved the risk that the holder sent a copy of the digital payment to the merchant, while the holder retained the original copy. This is mostly avoided in conventional online transactions by the existence of payment providers, which act as third party guarantors and intermediaries between the two contracting parties.

Once a transaction is validated, the blockchain and all network users are updated with the new status. This decentralized public ledger is supposed to give users trust that they can rely on the validity of payments made using the cryptocurrency. The blockchain also prevents users from altering transaction records after they have been completed, which cuts out an avenue by which this ‘double-spend’ problem could arise.

Cryptocurrencies are tokens that are awarded to users of the blockchain, based on rules individual to the particular technology underpinning the blockchain. Users of Bitcoin, for instance, are awarded bitcoins for ‘mining’ — that is solving cryptographic problems of increasing complexity.

Bitcoin uses these problems to verify transactions, so in return for maintaining the integrity of the blockchain by devoting some computing power to keeping transactions being processed, users are periodically given a bitcoin. Other cryptocurrencies reward different behaviours. How this could be relevant in an ecommerce context will be touched on later.

Despite bitcoin being perhaps the most high-profile ‘brand’ in the crypto world, currencies are not the only use case for the blockchain.

What is a smart contract?

Since the arrival of Bitcoin, there has been a proliferation of new blockchains, each with its own unique technical implementation. Each competing blockchain attempts to expand on the functionality offered by Bitcoin. The main direct competitor to Bitcoin, in terms of market capitalisation and awareness, is Ethereum. The Ethereum blockchain’s associated currency is called Ether.

Smart contracts have been used to create a plethora of financial instruments, which we will touch on in the next section, but also provide help for logistics companies, drug companies and other legacy businesses to provide certain and knowable statuses on certain processes.

If you’ve been investigating the headless commerce space, you might have come across the term ‘composable’ referring to a marketing or ecommerce stack that is comprised of microservices, all interacting with one another via API. A distinction should be drawn between this sort of ‘composable’ headless systems and composable crypto. This isn’t to say that these systems can’t interact, it is perfectly possible to use Crypto APIs to call information from a service like Coinbase or OpenSea, and have it display on your frontend or interact with the rest of your headless tools.

However, when we talk about composable commerce, we’re specifically talking about APIs interacting in the service of business transactions. While composable crypto uses the same principles, putting together best-in-class microservice to build out fully functional crypto apps, so far the focus of these apps has been primarily on solving crypto-specific use cases.

When we think of composable in crypto, the vast majority of active use-cases are in what is termed ‘decentralized finance’ or DeFi. DeFi uses smart contracts and other blockchain native functionality to provide mirrors of legacy banking features — or to provide blockchain-enabled disruptive possibilities. Often, when buidling our a DeFi service or app, developers will use one of a suite of composable crypto building blocks. This reduces the time-cost to develop the DeFi apps and aids cross-communication in the crypto space.

While the reasoning behind using composable DeFi building blocks and headless commerce microservices might be the same — to enable best in class features with reduced set-up costs — they are (for the moment) two different ecosystems aiming to solve two different challenges. However, it is a vote of confidence in the mindset behind composability in general that the ‘Web3’ development model is increasingly embracing this microservice based approach.

What is an NFT?

An NFT is an initialism that stands for Non-Fungible Token. It is a token generated on the blockchain that cannot be replicated. Fungible is an economic term that basically means ‘substitutable’ — brent crude oil is a fungible commodity for instance, as a barrel of brent crude can be swapped for any other barrel of brent crude without it making any difference to the person who owns the barrel. A non-fungible commodity cannot be replaced as easily, and it is often a one-off or unique item. In this case, the blockchain record guarantees the uniqueness of the token generated.

The token is merely a small placeholder that holds a certain amount of data. This data can then be associated with, most commonly, a piece of digital art of media to act as a proof of ‘ownership’ or certificate of authenticity.

Web3 is a term that is gaining a lot of buzz, particularly in the crypto-enthusiast space. It is basically a vision for the internet that builds crypto functionality into the bedrock of how we share information online. Sign-in to websites might be in the form of using your crypto wallet, media websites use smart contracts to automatically deduct a small fee for accessing premium content and NFTs will be integral to the distribution of digital media online.

The driving philosophy behind Web3 is that creators or developers’ rights to profit economically from their work is baked into the structure of the internet, giving them the ability to monetise every online activity via the blockchain.

At the moment, the possibility exists to use APIs, either REST APIs or GraphQL to query the blockchain or update the terms of smart contracts. However, in terms of functional use cases, this is mostly limited to querying pricing information of cryptocurrencies, updating users on what the transaction cost of a pending blockchain transaction will be, or other similar processes.

Going forward, and most relevant to retail companies, there almost definitely be greater interoperability between the web as we currently know it and the blockchain. Due to the structure of the systems that lie on both sides of that divide, APIs are the most sensible solution to ensure this interoperability.

How are brands using the blockchain?

In the short term, supply chains are probably the first ‘corporate’ sphere that is open to disruption by the blockchain. Creating a completely transparent, flexible and dependable chain of custody for any freight in transit gives firms a reliable way to keep track of the status of supplies, while ensuring traceability.

In the consumer facing arena, NFTs are already popular among lifestyle brands, with companies from Nike to Barbie embracing the NFT craze. However, moving beyond certificates of authenticity, brands are sure to offer more unique benefits tied to purchases — something that will likely become more complex as companies learn what works in this new marketing avenue.

Within this new arena, there are potentially limitless possibilities for loyalty. Beyond just awarding NFTs to high value users, using the interoperability of the blockchain and existing ecommerce platforms or microservices could see the emergence of rich loyalty and promotion strategies, with crypto underpinning it all.

We’ve already seen gaming mechanics that use NFTs to award benefits or loot to characters, and those NFTs are potentially migratable between games. Imagine you could buy a sword in an MMO but then also redeem that sword’s associated graphic as a t-shirt or sneaker logo when you check out of a clothing store. Perhaps the user could store their accumulated loyalty points in their crypto wallet and use it across brands.

In terms of cryptocurrencies themselves, despite some countries planning their own, it’s probably the least likely to see wholesale adoption by retail brands as anything other than a method of payment in some cases. There are companies that have set up their own currencies, Kodak’s shortlived novelty currency being an example, but the reality is that it is more likely the arena of smart contracts, NFTs and composable Web3 apps that will see the most innovation by companies.

The one thing that is certain is that even if Web3 does not become the dominant philosophy guiding the web in the near future, elements of crypto are here to stay — and will definitely make an impact on the consumer sphere.

For more information on headless commerce in the traditional sense, make sure to check out our ebook. 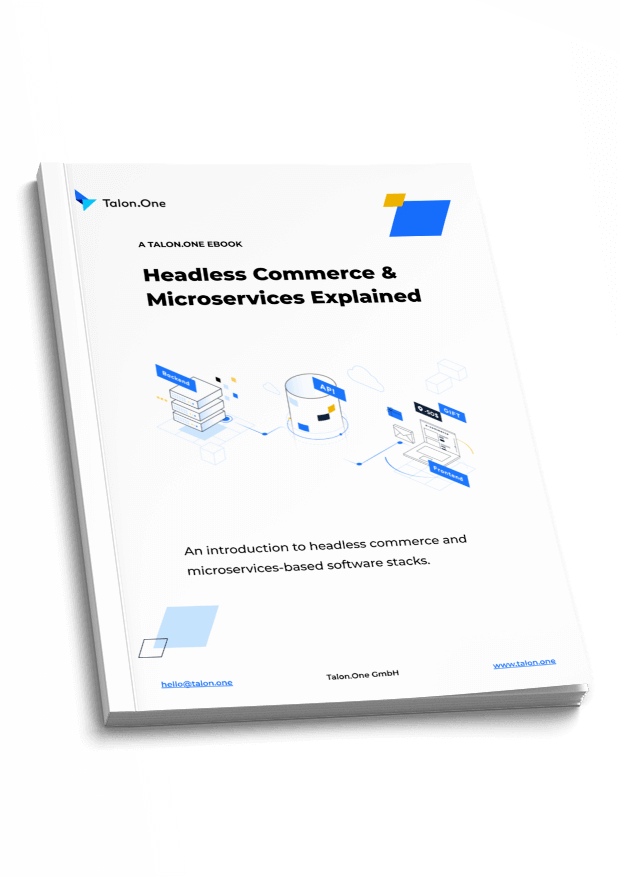 Four-step guide on choosing the right microservices for your business
Get Your Free eBook
CONTENT LIBRARY
Download Your Talon.One Loyalty Playbook

Four-step guide on choosing the right microservices for your business
Get Your Free eBook
Download Your Talon.One Loyalty Playbook