A programmer and a manager have two fundamentally different roles but they also have so much in common!

Both roles demand considerable application of brain power — developing patterns and best practices over time. They both know a problem never has only one good solution. Every programmer has code in her DNA and a manager has her's in solutions.

Both a programmer and a manager must know:

Knowing the legacy that helped evolve the system to its current form, the constraints that these decisions have caused — and thereby the overall vulnerability — also proves critical.

Without an adequate understanding of this information, a programmer can risk serious side effects — and so would the manager.

System knowledge is one thing, but the human mind's inclination toward biased and incomplete thinking also prevents it from creating a pure solution with minimum negative side effects.

Solution design can definitely use multiple brains but the implementation — the coding — leads to surprisingly better results when done in the presence of another programmer.

The world of computer programming realized this limitation of the human mind pretty early on. One of the main principles of Extreme Programming is Pair-Programming. It is a shame though that the world of Management, despite being so historic and ancient, completely missed this important lesson!

I joined Talon.One as an Engineering Manager the same day as my colleague Trevor Holdcroft. The company was growing fast and we were brought in to support the scaling. We wanted better structure for everything we do in Engineering including:

An excellent decision that we made early on was having a cross-section of reportees from all the verticals. The original aim was to avoid creating team silos and inconsistent engineering culture but we ended up solving many other problems too. 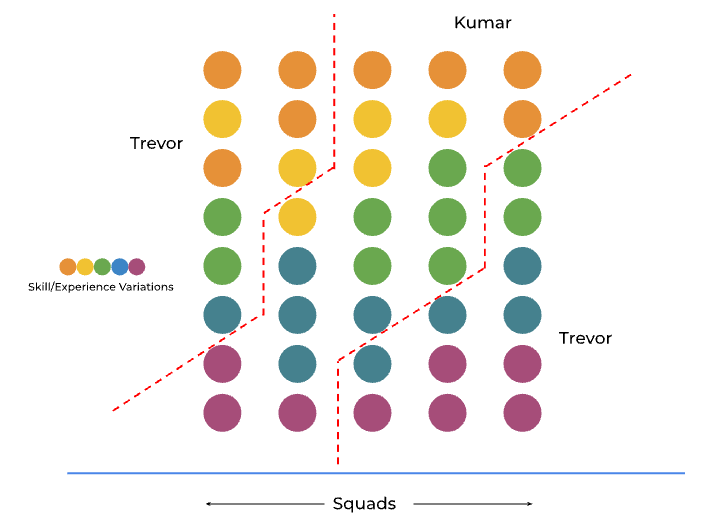 Trevor and I ended up as Paired Managers, like pair-programmers. There was tons of work and we both enjoyed working on these challenges together:

Trevor, being a Canadian and having spent the last half a decade in Japan, brought tremendous positivity. With a background in Software Development, Project Management and other challenging leadership roles, he carried a personality that was almost the opposite of mine.

I always wanted to do things the right way, trying to address the problems at their roots and believed in long-term solutions. He respected long-term thinking and was equally rational but at the same time was more pragmatic than me.

We faced two very different perspectives on each and every challenge. The beauty was we were always ready to consider each other’s opinions and found a middleground that felt like the best combination of both worlds. This is exactly what happens in pair-programming.

If ignorant coding can produce negative side-effects and a maintenance hell, imagine what consequences a similar management decision could have – clearly much larger damage.

Why is it then that only the world of computer programming learned the importance of designing and executing their solutions in pairs while the age-old field of management never even considered it?

Well, that may not be entirely accurate. Google search for “Pair Management” does produce at least one related result – an article posted in early 2017. But otherwise, it appears that managers have been almost intentionally ignoring the power of pairing.

The role of a manager has always been closely associated with that of a leader. When in history have two leaders ruled together? You can find quite a few exceptions with a governance style known as Diarchy – a system of co-rulers. Ruling together is logically hard, if not impossible, but ‘serving together’ is what must be making Diarchy possible.

Diarchy, as the exception to the non-existence of paired-governance, has presented us with significant prominent examples – conveniently ignored by the management world. Although the co-rulers among the given examples are less relevant to our management context here, references to joint bureaucratic office holders are definitely useful.

The aura of heroism, masculinity and a highly confident individual is the image of a leader that our history has painted. It has swiftly carried on to that of the manager. Naturally, a manager is expected to be so individualistic that she wouldn’t even want to consult peer managers during the decision-making process, let alone pairing with another person. That would be seen as weak and inexperienced. So much so that the presence of another manager in the same room would feel like an opportunity for competition.

The cost of incompleteness

An incomplete management solution is incredibly costly for an organization. Not only does it create immediate negative side-effects in terms of motivating the team, but also it leads to a culture of silence. Despite the best intentions of the leadership team, the culture of silence makes decision-making flow unidirectional (downward) and people stop sharing timely feedback. 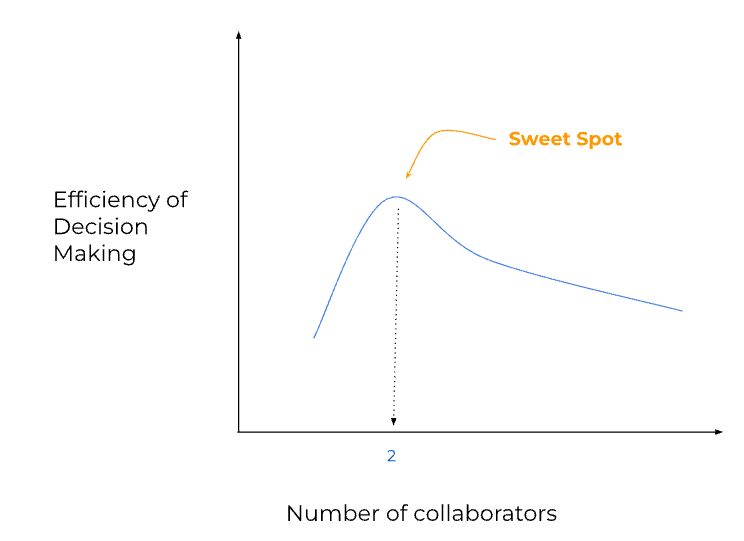 No decision can be perfect but when two individuals come together, they cover more than 80% of the aspects the decision can affect. That’s pretty awesome! That’s the unbeatable power in the combination of two perspectives; the power of a pair. From thereon though, the rule of diminishing returns apply.

In Part Two of this article, we will explore practical ways to make two managers work together. We will see what the challenges and possible solutions are with Paired Managers especially in the context of Software Engineering Management.