Most recentDevelopmentMarketing
Search
Select a category

Software Engineering at Talon.One: On Teamwork and Tango 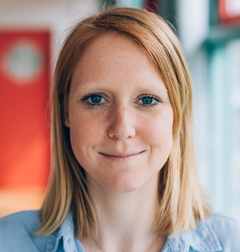 ‍This is Part 1 in the series Behind the Scenes at Talon.One. Julián Bachiller recently celebrated his 1-year anniversary at Talon.One as a Software Engineer. We sat down with Julián to get his take on the tech scene in Berlin, moving away from Argentina and insights into programming at Talon.One.

Tell us a bit about you.

My name is Julián, but I accept many versions of my name (pronounced hoo-lee-un in Spanish). I'm a Software Engineer here at Talon.one mostly working on the backend, but now a bit of front end too.

Why did you choose Talon.One?

This was actually my first job in Germany. When I started searching for jobs, nothing very interesting came up. But one day I decided to Google Lisp, a programming language I'd been learning and I discovered the Talon.One job offer.

At that point I think Talon.One was still in stealth mode with a really small team, and I just kind of appeared out of the blue!

We have a domain-specific language that we write here called Talang which has a syntax that resembles Lisp. This is a very particular language so it totally caught my attention and I decided to apply.

What did you do before arriving in Berlin?

I was working in Buenos Aires, Argentina (where I'm from) as a Software Developer.

Like many other kids my age, I started programming with the last wave of 8bit. As a teenager, I studied programming at a specialized technical school that is particular in Argentina (lasts a year longer than high school and is more practical/technical).

I studied computer science until I was 18 and then I got a bit fed up. I've always played the piano, so I thought “it's about time to try the music thing” so I decided to study music at the conservatory and specialize in piano performance.

Why did you decide to leave Argentina?

I needed a change. After studying music I went back into programming. I had a bit of a turning-30-life crisis. Everyone was settling down and I still don’t want to, so I thought I would move as far away as possible.

I started talking to people and many of my friends spoke very highly of Berlin. It was a great place to live with a lot happening in technology and startups. I also have Italian citizenship so it was easy for me to live/work here in Europe.

Any advice for someone entering the tech / startup scene in Berlin?

Go for it. It can be daunting in the beginning; it's easy to be overwhelmed moving to a place like Berlin. There are so many talented people and things happening, sometimes it can feel frightening or competitive. But when you stop worrying about that, you can see it's a really creative environment where people can grow.

People in Berlin are very open to say “OK you have an idea? Let’s make this happen”. In other places, sometimes the environment or people themselves are more reluctant to actually try it.

Here in Berlin people have this attitude of really moving forward with ideas. Innovation requires that attitude to try.

And I see here people in tech are not afraid to try. And that is how we come up with new discoveries and ideas.

What has been your biggest success or challenge at Talon.One?

I don’t think in terms of biggest success or challenges… I think it's more about all the little things adding up and the balance being positive overall.

Success at Talon.one is not individual. It's a team thing. I find it hard to talk about individual success. When we succeed, it's because we all make it happen.

Success can be about overcoming many small challenges in your day-to-day. Same thing for challenges, I can always find very supportive people around to help me.

So for me, this is definitely a team effort.

Is there anything that sets Talon.One apart technically?

The whole architecture of our product.

We have built a Promotion Engine that marketers can use to build complex rules, without needing additional software development or relying on developers to maintain and update promotions.

We use our own language, Talang, to internally process rules and campaign logic. Our challenge is to take something that is complex (and in essence programming) and make it user-friendly for marketers who are not tech-oriented.

If you want to learn more, I wrote an article on our blog about how Talon.One built business logic with block-based coding.

Tell me a tool you can't live without?

My computer…? I don’t really have too many "favourite tools" or things I can't live without. I definitely have people I couldn't live without though.

What's your favourite place for lunch?

The rooftop terrace here at the office, especially in summer. I usually bring my own lunch.

What's something people don’t know about you?

I formed and directed a 15 piece tango ensemble for 3 years. When I was in Buenos Aires, we used to play at a lot of popular venues for dancers. I was the conductor and I composed the music on the piano.

The people of course.

Talon.One is hiring! Interested in joining the team? Check out current job opportunities or get in touch if you want to learn more about Talon.One.

Making a best of breed SaaS-solution isn't easy. Find out how Talon.One approaches the challenges involved in creating marketing campaigns with software.

Development
-
September 2, 2020
How WeShare (Volkswagen) Uses Talon.One to Run The Most Creative Promotions

The pandemic is tough for all of us. However, WeShare and Talon.One got creative and enabled Berliners to escape the city with an ingenious promotion.