A few weeks ago, Google announced a fresh new update for Google Pay. While the app will keep the same core functionality, it's gained a number of new or updated features which signal its transition towards becoming an all-in-one money app.

Google’s payment app has steadily gained traction among consumers since it launched five years ago. But there’s still a long way to go before Google can fulful its ambition of becoming the market leader in mobile payments.

As the latest Google Pay update shows, Google is looking ahead to the future of mobile payments with a series of new relationship-based features. It will be easier for users to split bills with others, and activity on the app is now grouped by individuals and businesses, rather than transactions.

But a shift towards 'relationships' isn't all. Google Pay’s loyalty capabilities have been expanded too.

But the new changes make adding and using loyalty programs even easier. When a user adds a loyalty account or card to their Google Pay account, they can scan it whenever needed to collect points.

Google will even be launching its own ‘Plex’ online bank accounts. We’ll have to wait until 2021 to sign up, but the new version of Google Pay will certainly make shopping more convenient for the loyalty program users among us.

The future of loyalty and payments

A widespread move towards digital payments has been ongoing for years now. But the process has sped up even further as a result of the pandemic.

According to Blackhawk Network, mobile wallet usage among American consumers rose from 38% pre-lockdown, to 55% post-lockdown (July).

Google, Apple, Samsung, and a number of other big brands all have their own mobile payment apps. Like Google Pay, Samsung Pay and Apple Pay also support a wide range of loyalty features. 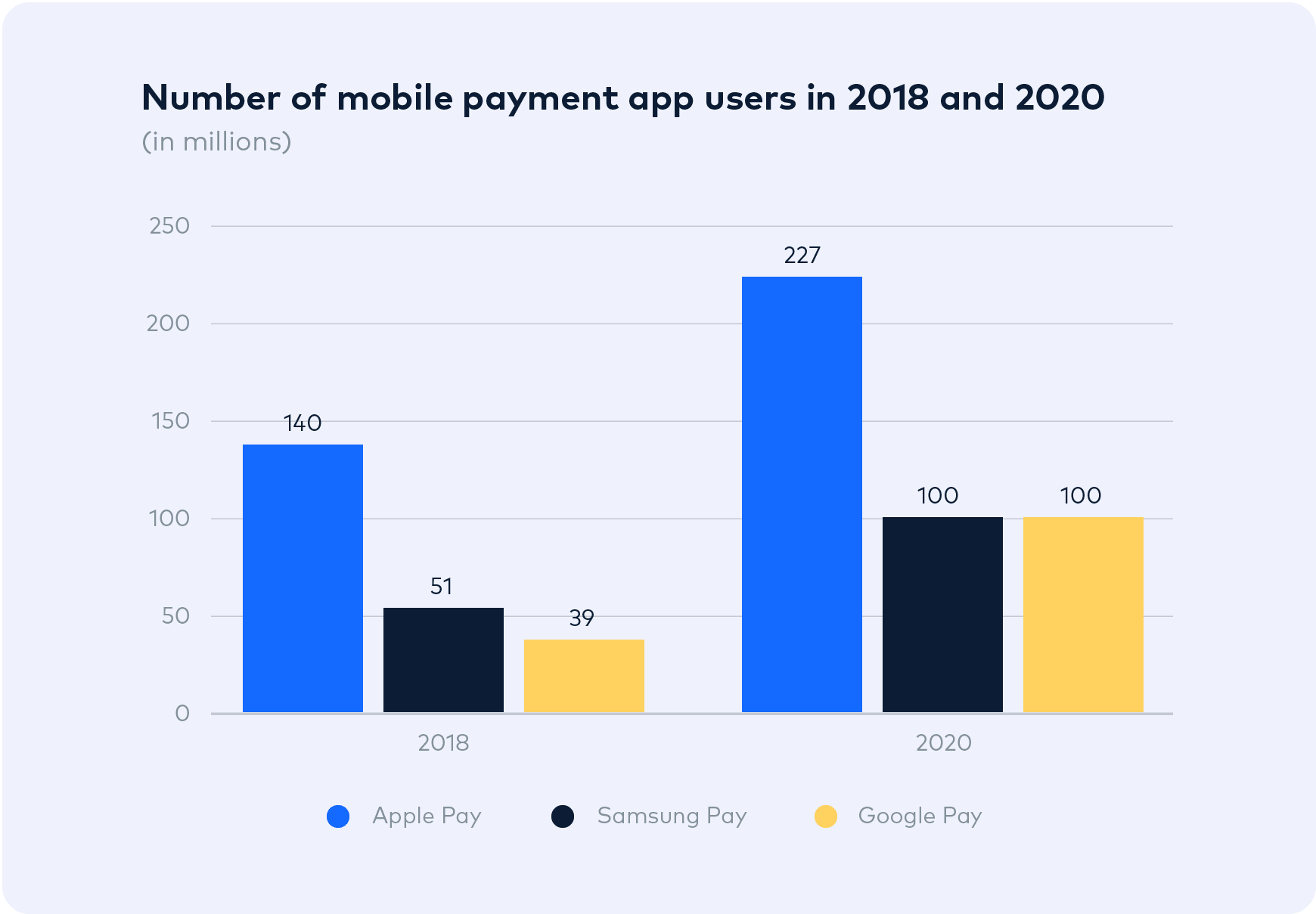 With an increasing number of businesses offering their own loyalty programs, loyalty support has become a crucial secondary feature for these payment apps.

According to Accenture, there are 3.3 billion loyalty program memberships in the US alone. Meanwhile, 90% of companies have some form of loyalty program.

The big players have made an effort to make their payment apps more accessible to the standard consumer, and they'll only get better over the coming years.

Loyalty campaigns are one of our Promotion Engine’s core features. You can use it to build a full, working loyalty program for your business in no time. What’s more, it’s easy enough for non-developers to understand and use.

Once you have your loyalty program set up with Talon.One, your customers could end up using it through Google Pay. Get in touch to find out more, or check out our Content Library to learn more about the range of promotions we support.