How KFC became a Christmas tradition in Japan

Christmas traditions come in all shapes, sizes and flavors. That’s part of what makes this such a magical time of the year.

Most people will agree that food is one of the star attractions of the festive season. That's why hundreds of millions of people around the world indulge in festive meals and cooking around Christmas time. The most common meal of choice on Christmas Day is the traditional Christmas dinner, usually with a roast Turkey.

But that’s not the case everywhere. In Japan, KFC has become the Christmas meal of choice for millions of families every year.

But how and why did KFC become so popular in Japan, at Christmas of all times?

KFC brand opened its first store in Japan in Nagoya in 1970. Unfortunately, the initial reception wasn’t as warm as expected.

Fried chicken was an unfamiliar cuisine in Japan before KFC took off, so the brand’s first store struggled to attract any customers in the beginning.

That was before the manager of the first KFC store in Japan, Takeshi Okawara, stumbled upon his own secret recipe for success.

After being asked to dress up as Santa while delivering fried chicken to a kindergarten party, Okawara had a sudden realization - he could use Christmas as a way to market KFC in Japan.

Traditionally, Japan hadn’t received much exposure to Christmas or any of its associated cultural events or traditions. This began to change in the post-war years, but by the early 1970s there was still no real Japanese substitute for the traditional Christmas dinner.

Okawara recognized this gap in the market and told customers that KFC was a Christmas favorite with Americans. He then invented the KFC ‘Party Barrel’, which would quickly become a best-seller in Japan.

By 1974 KFC had launched its ‘Kentucky Christmas’ promotional campaign across Japan, and the brand has been a quintessential part of Christmas in Japan ever since. KFC’s 'Christmas Packs' now account for a third of the brand's yearly sales throughout Japan. 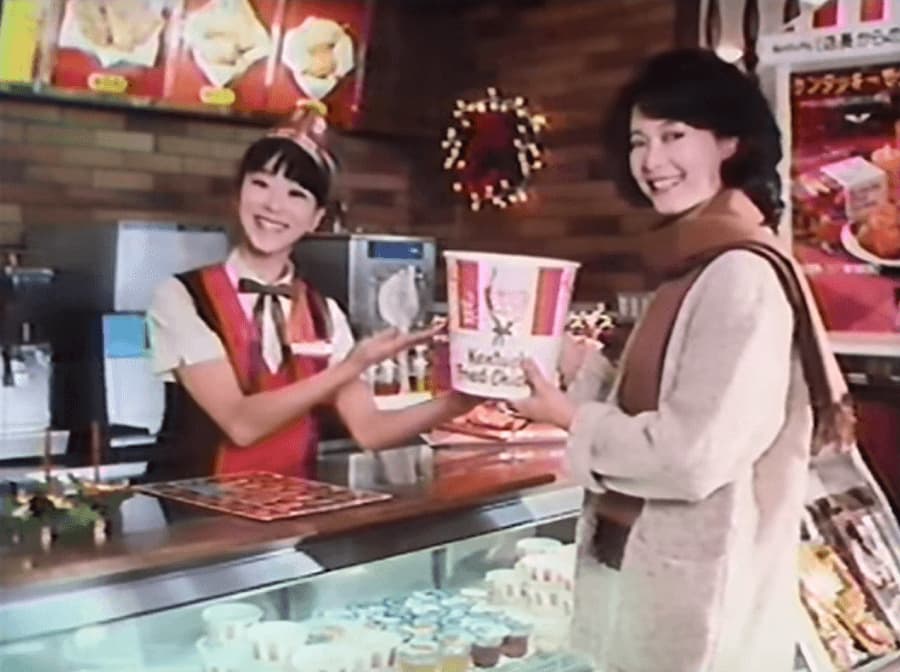 Without any prior link to Christmas whatsoever, Takeshi Okawara managed to create a long-standing social phenomenon just by marketing KFC's product in the right way.

After spotting a gap in the market, he pivoted KFC's promotions in Japan specifically to capitalize on what he saw. There was nothing different about the product on offer before and after his revelation, it was simply a matter of marketing it in the right way.

Once this promotion had proven itself in KFC's first Japanese store, it rolled out across the country. It soon helped KFC become the biggest fast food chain in Japan and made Japan KFC's largest foreign market.

Although marketing campaigns rarely ever pay off as well as this one, some of the concepts behind it can be translated to any brand or product in some way. Promotions can play a key role in this if they're implemented in a creative way.

Find out more about promotions and promotion marketing in our Content Library.